The first benchmark of AMD’s upcoming Ryzen 7 5800U APU which is an 8 core chip and part of the Zen 3 based Cezanne family has leaked out. The benchmark was spotted by @leakbench within the Geekbench 5 database.

One of the biggest changes in the Ryzen 7 5800U is the cache redesign which now packs 16 MB of L3 cache versus the 8 MB of L3 cache on Ryzen 7 4800U. The L2 cache will still be 4 MB or 512 KB per core. This would allow for reduced latency and faster inter-core interconnect bandwidth. The system was an internal AMD test platform feature 8 GB of DDR4 memory at 2666 MHz. 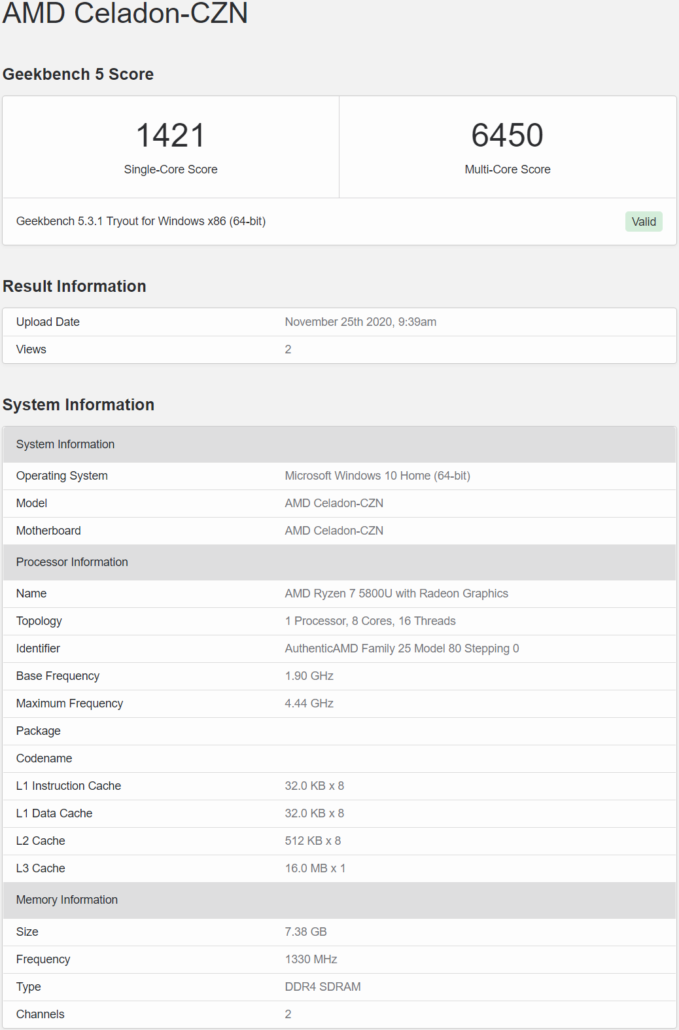 The Ryzen 7 5800U is reportedly equipped with an enhanced Vega GPU featuring 8 CUs or 512 cores, clocked in at 2000 MHz. Considering that the TDP will remain set at 10W (25W cTDP), we will get to see some huge efficiency gains with Zen 3 on the mobility platform. 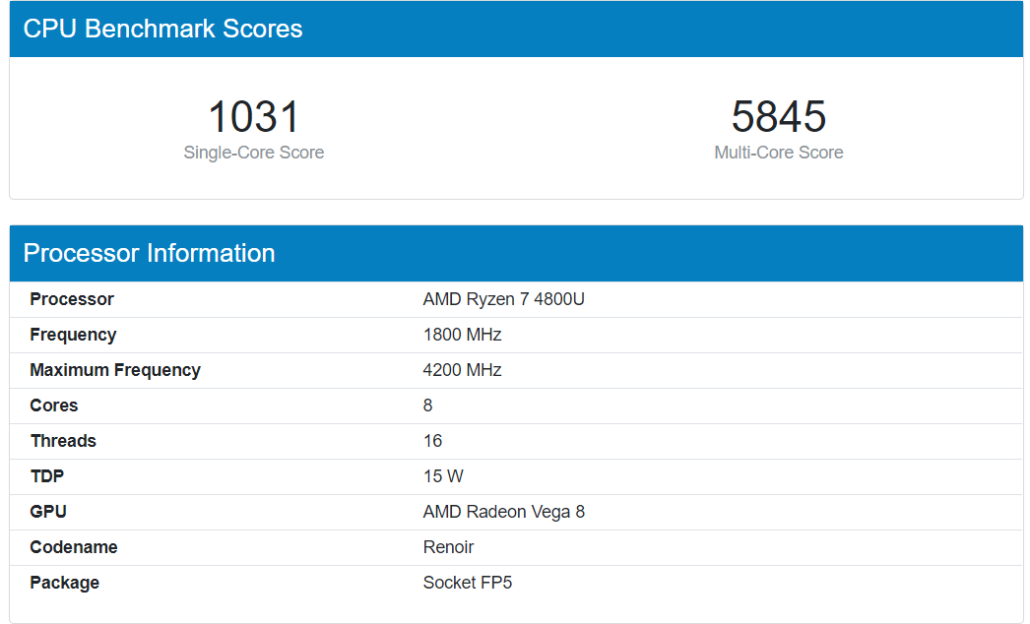 Coming to the benchmarks, the AMD Ryzen 7 5800U scored 1421 points in single-core and 6450 points in the multi-core tests. Compared to the Ryzen 7 4800U, this is a 38% gain in single-core and a 10% increase in multi-threaded performance. The Ryzen 7 4800U on average scores 1031 points in single and 5845 in multi-threaded workloads. The single-threaded gains are quite significant and will put AMD in a leading position over Tiger Lake-U processors since the Ryzen 4000U family is already giving Intel a hard time, making them post biased benchmarks and test results against the competition.

The AMD Cezanne Zen 3 lineup definitely looks like it’s going to disrupt the laptop segment even more than the Renoir family which did an absolutely phenomenal job in driving AMD’s notebook segment growth. The AMD Ryzen 5000 APU lineup is expected to make its first official debut at CES 2021 which is a few months away now so stay tuned as more info comes.

5 Top Social Media Marketing Mistakes And How To Overcome Them